A parent’s challenge: It takes patience — and a plan 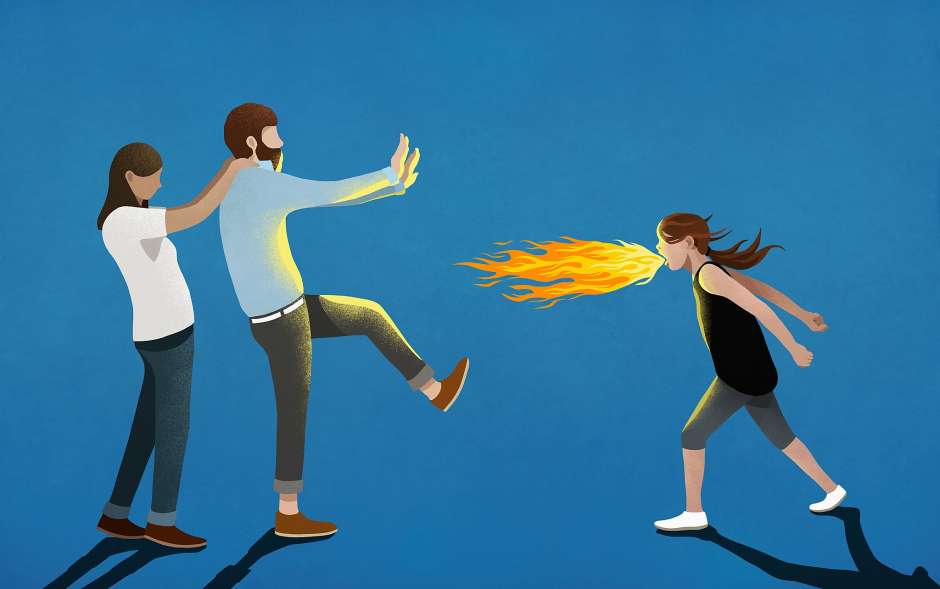 As the parent of a 17- and a 22-year-old, I often feel like I am failing my kids. And as a psychotherapist, you’d think I would know better. But parents are constantly being told by the news media that we’re doing it wrong, or that we need to be doing more. The New York Times recently published an article discussing this year’s version of helicopter parents: “snowplow parents,” who run ahead of their children, clearing their path of anything that might present an obstacle. Sometimes, it seems parents who try too hard are just as likely to be targets as those who do too little.

In the wake of this criticism, many parents I work with feel helpless. But despite the plenitude of bad examples, there are so many good parents out there — and they need to be acknowledged. It’s also tremendously important to reinforce those things that are working for parents.

It’s true, today’s parents face challenges earlier generations could scarcely have imagined. But there are concrete steps we can take to be better at our jobs.

First, we need to honestly examine our own behaviors. Whether it’s smoking, drinking, aggressive behavior or something else, kids model their behaviors on those of their parents — and that’s a responsibility we can’t take lightly.

Next, we need to adjust our strategies to acknowledge today’s fast-paced, technology-driven environment. We can do this by planning more family time, and by starting early with our kids in setting reasonable limits on the use of devices and social media.

It’s also important to be truthful to our children when it comes to our own experiences as kids. But we have to be mindful not to romanticize, and to focus on those things we struggled with, and the positive ways we tried to deal with them.

Most importantly, parents have to provide children with rules and boundaries. And be consistent! Though kids may bridle against them, consistency and structure decrease children’s anxiety, giving them a greater sense of security, a key to proper development.

Happily, over the past year, I have seen these solutions working for parents. And though people can still be resistant to seeking professional help when needed, that’s also beginning to change.

One example is a couple who recently visited my offices with their son “Zach.” It was clearly outside of their comfort zone to acknowledge their son’s drinking, but once they faced that reality, they were able to deal with the problem head on. Our session helped them to set clearer limits for Zach, and led to more accountability. Like many parents, their attitudes toward therapy have changed, and they are far more likely to seek help in the future.

There are other signs that parents’ efforts are paying off. I’ve seen lots of positive changes in kids: They are more aware of the dangers of substances than earlier generations, and how they affect decision making. Drunk driving among teens and young adults has been declining in recent years. And today’s kids are more open about their problems, and more likely to seek help when they find themselves in trouble. “Zach” demonstrated this when he confided with his parents about his drinking. And once we were in-session, he was a willing, almost eager participant.

I have seen kids becoming more involved in altruistic projects, and they are starting more social nonprofits than earlier generations. I also see more parents supporting kids in these ventures. “Monica,” mother to a 15-year-old, taught her daughter how to write a grant proposal to create an environmental education program. By putting a few of the above principles to work, “Monica” forged a new bond with her daughter.

Parents, I applaud your continued patience and openness. And as always, I offer my support. Because as the ambassadors to our collective future, our children are our most precious resource. As such, they deserve nothing less than our best effort.

Karen Hamilton is a psychotherapist with a private practice in Marin County.

Welcome to my psychotherapy practice.
I'm Karen Hamilton, a Licenced Therapist in Novato, California providing individual therapy, couples counseling, and family therapy.
Call me at 415-368-3478 for a free consultation.